Anyone who has read my blog in the past may have figured out that not only am I a technology fan but also an astronomy one. Today's Astronomy Picture of the Day caught my attention and made me curious about the technology used to capture this image. I followed the link to Lorenzo Ranieri Tenti's, the photographer's, website and learned that he used a Sony a7 II, 24 megapixel camera to take the picture. Through additional research, I also learned that 50 megapixel cameras are now available from other manufacturers, and it is expected that new cameras will be coming out with even higher megapixel offerings in the near future. Technology, in this case, has brought viewers as close to the reality of being there as possible without actually having to travel or get cold! Due to copyright, I can't post Tenti's image here, so I included one that is part of Creative Commons to give you an idea of how beautiful the northern lights are, and hopefully, you'll visit the link to the Astronomy Picture of the Day to see the image that inspired me to write this. 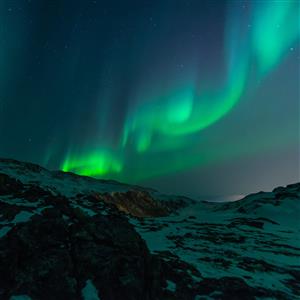 You are commenting as Anonymous