Seneca Valley’s Homecoming may not look the same as it has in year’s past, however, that did not stop the senior class from choosing 20 of their peers to represent the 2020-21 SV Homecoming Court.

Seneca Valley’s homecoming king and queen will be announced during the Raider Football pregame festivities which will now be held at 11:30 a.m. on Saturday, Oct. 17 at NexTier Stadium. Kickoff is at noon, when Seneca Valley plays Baldwin. The game and homecoming crowning will be televised on SVTV, Armstrong Channel 208 and Consolidated Communications Channel 407. 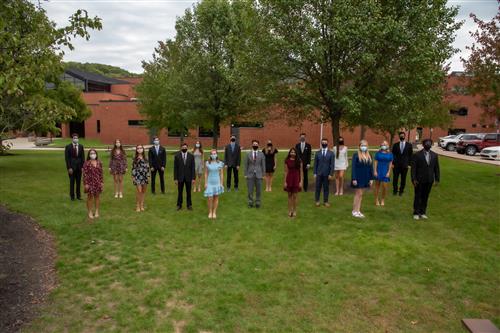 To view individual photos of the court, click here*.