SVMS redesignated as 'Schools to Watch'

Seneca Valley Middle School (SVMS) is one of only 11 exemplary Middle Grades Schools in Pennsylvania to be named a 2017 PA Don Eichhorn Schools: “Schools to Watch” (PA STW) as part of a recognition program developed by the National Forum to Accelerate Middle-Grades Reform. The program is an elite partnership with the Pennsylvania Department of Education, the Pennsylvania Association for Middle Level Education, Duquesne University, Edinboro University, Shippensburg University, Horace Mann Service Corporation, and Vibra Life. Seneca Valley Middle School is receiving this honor as a second PA STW redesignation after receiving the initial recognition six years ago. The first redesignation was awarded in 2014.

“We are very fortunate,” said Bob Ceh, Seneca Valley Middle School Principal, upon learning of the redesignation. “Our staff works extremely hard to lead and guide our students in a supportive, caring and educational atmosphere. We are honored to be recognized and selected through this rigorous process by the Pennsylvania Don Eichhorn Schools to Watch Committee.”

SVMS will join 34 other Pennsylvania middle-grades schools recognized over the history of the program during the Pennsylvania Association for Middle Level Education State Conference at the Penn Stater Hotel and Conference Center in State College on Feb. 26. SVMS will also be recognized nationally with all the other STW schools from across the country in Washington DC at the National Forum’s National Schools to Watch conference on June 22-24.

State leaders selected each school for its academic excellence, its responsiveness to the needs and interests of young adolescents, and its commitment to helping all students achieve at high levels. In addition, each school has strong leadership, teachers who work together to improve curriculum and instruction, and a commitment to assessment and accountability to bring about continuous improvement. Bruce Vosburgh, President of the National Forum stated, “We congratulate these schools for being places that do great things for all of their students. These schools demonstrate that high-performing middle grades schools are places that focus on academic growth and achievement. They are also places that recognize the importance of meeting the needs of all of their students and ensure that every child has access to a challenging, high-quality education.”

Linda Hopping, Chair, as well as other members of the National Forum Schools to Watch Oversight Committee, explained that selection was based on a written application that required schools to show how they met criteria developed by the National Forum. Schools that appeared to meet the criteria were then visited by state teams, which observed classrooms, interviewed administrators, teachers, students, and parents, and looked at achievement data, suspension rates, quality of lessons, and student work.  Schools are recognized for a three-year period, and at the end of three years, they must demonstrate progress on specific goals in order to be redesignated.  Schools to Watch requires schools to not just identify strengths, but to also focus on areas for continuous improvement; thus the three year redesignation.

“This is a building award with credit going to every adult that plays a role in the operation of the building and all of the students that invest their efforts into their academics and our school,” Mr. Ceh said.

Launched in 1999, Schools to Watch began as a national program to identify middle-grades schools across the country that were meeting or exceeding 37 researched based criteria developed by the National Forum. The Forum developed a web site (www.middlegradesforum.org) that features online tours of schools, as well as detailed information about the selection criteria used in the recognition program. There are now 17 states across the country, which have trained Schools to Watch State Teams, with more than 400 schools recognized across the country.

“We are pleased that our Schools to Watch program has shown that schools can meet high academic expectations while preserving a commitment of healthy development and equity for all students,” said Ericka Uskali, National Forum Executive Director.  “These Schools to Watch are indeed special; they make education so exciting that students and teachers don’t want to miss a day.  These schools have proven that it is possible to overcome barriers to achieving excellence, and any middle-level school in any state can truly learn from their examples,” Uskali said.

The National Forum to Accelerate Middle-Grades Reform is an alliance of 65 educators, researchers, national associations, and officers of professional organizations and foundations dedicated to improving education in the middle grades. 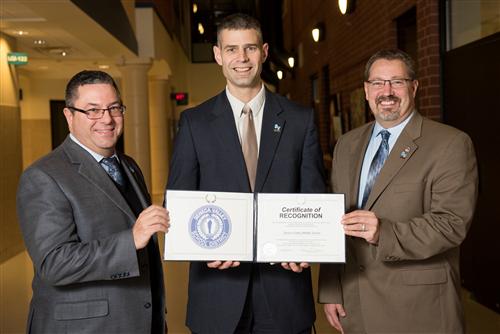